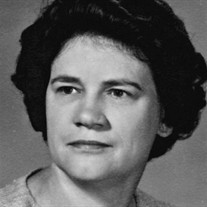 Schenectady- Winifred Widmer Downey, age 97, passed away peacefully at The Kingsway Arms Nursing Center in Schenectady N.Y. on July 29th, 2018. The daughter of Joseph B. and Bessie M. (Curtiss) Widmer, she was born and raised in Herkimer and graduated from Herkimer High School in 1938 as Valedictorian. Her first job was as a part time clerk at the Woolworth’s store in Herkimer for 35 cents per hour. She went on to work as a secretary to attorney Donald L. Brush and was later employed by the county attorney Chester Winslow and the County Board of Supervisors. After moving to Albany in 1948 Winifred was proud of her educational endeavors and worked 30 hours per week while attending college to support herself and to pay her tuition and other expenses. In 1954 she was graduated from Albany Law School, Cum Laude, the only woman in her class. She was a member of the Justinian Society, the honorary legal society, and was an associate editor of the Albany Law Review. She was admitted to the Bar of New York State in 1954 and to practice before the United States Supreme Court in 1958. For more than 37 years Winifred was employed by The Research Foundation of the State University of New York, a private, non-profit educational corporation which administers research and special project funds for the State University of New York. She held positions of Assistant Director and Corporate Secretary to the Board of Directors for many years. Over her many years of service as an appointed officer of the foundation she played a significant role in the development of corporate policy establishing guidelines and procedures, legal review of corporate operations and procedures for the administration of sponsored funds. She was also a member of the National Council on Governmental Relations, a committee of NACUBO, representing the Research Foundation and the State University. She prepared formal comment and constructive suggestions on Federal rules and regulations that impacted educational foundations and universities. Winifred retired from the Foundation in July, 1988. In 2003 Winifred was awarded a Juris Doctor Degree from the Albany Law School and was also given the Kate Stoneman Award. The Kate Stoneman award is given annually to women in the legal profession who have demonstrated a commitment to actively seek change and expand opportunities for women. Winifred was proud to have served as a president of Albany Girls Club for one year and as a member of its board for over 25 years. As a member and trustee of the Capital District Genealogical Society she was able to trace her mother’s ancestry back to 1636 from England to Wethersfield, CT. She was also a member of the Curtis/s Family Society whose descendants were among the original families who emigrated from England. Her other pursuits were history, antiques and ancient glass and she was a patron of the arts and the theatre. She enjoyed her memberships in the Essex Society of Family History in England, the Herkimer County Historical Society, the Lewis County Historical Society. She was predeceased by her husband, Francis A. Downey in 2006, a commercial artist of Glenmont, whom she married in 1971. She is also predeceased by five sisters and one brother. She is survived by three stepchildren: Francis A. (Sandra) Downey of Delmar, Margaret (Alex) Olekoski of Latham, Susan Downey of Albany, nine grandchildren and eight great grandchildren. She is also survived by a brother, Robert E. Widmer of Schenectady and fifteen nieces and nephews along with many great nieces and nephews. She also leaves in England, the children and grandchildren of her WWII pen pal to whom she was affectionately known as Auntie Winifred. After retirement in 1988 she and her husband Francis travelled the world, visiting Australia, New Zealand, Hawaii, England, Scotland, Ireland and many European and Asian countries. The family would like to thank the staff at Kingsway Arms Nursing Center for the three years of outstanding care that each and every employee provided to Mrs. Downey. In Lieu of flowers, Winifred asked that contributions be made to Girls, Inc. of Albany. Relatives and friends are invited to visit with Winifred’s family on Wednesday, August 1, 2018 from 4:00 to 6:00 pm in the McVeigh Funeral Home, 208 North Allen Street, Albany. A graveside service will be held on Thursday, August 2, 2018 at 10:30 am at the Highland Rural Cemetery, Jordanville, New York. To leave Winifred’s family a message on their guestbook, light a candle, obtain directions, or view other helpful services, please visit www.mcveighfuneralhome.com

Schenectady- Winifred Widmer Downey, age 97, passed away peacefully at The Kingsway Arms Nursing Center in Schenectady N.Y. on July 29th, 2018. The daughter of Joseph B. and Bessie M. (Curtiss) Widmer, she was born and raised in Herkimer and... View Obituary & Service Information

The family of Winifred Widmer Downey created this Life Tributes page to make it easy to share your memories.

Send flowers to the Downey family.