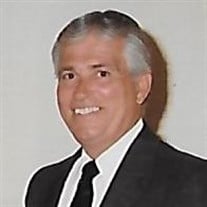 Troy -William (Bill) C. Leahy 81, a lifelong resident of Troy, NY, entered into eternal life Wednesday, October 23, 2019. Bill was surrounded by his family as he went to be with the lord, he was in a room filled with love and peace. Bill was a funeral director who was dedicated to his community delivering guidance and compassion to so many families experiencing loss at the very worst times. He served his community with passion and humility. He enjoyed people, always eager to engage in conversation and took a special interest in each of their stories. He was a graduate of LaSalle Institute, class of 1956. He was also a graduate of “The American Academy of Funeral Service”, serving his apprenticeship at Frank E. Campbell Funeral Home, NY, NY. He was the President of Wm. Leahy Funeral Home Inc. located in Troy, NY for over 50 years. He also served in the U.S. Naval Reserves. His civic involvement included; Former member of St. Josephs Church in Troy where he served on various committee’s and was a board member of St. Joseph’s Cemetery in Troy, NY. He is a current member of St. Michaels Church where he also served on many committee’s over the years, most notably, the steering committee for the new church. He was a 60 year member of the Troy Elks, a former member of the Ancient Order of the Hiberian Club, and former member of the “Society of the Friends of St. Patrick” where he served as “Past President.” Bill served on several boards in the Tri-County area; Past Board member of the Marine Midland Bank, Key Bank, N.A. and former Board Member and Past President of the St. Mary’s Hospital Foundation / Seton Health Foundation where he was past President, Finance Chairperson, and in several other capacities for over thirty years. He was a former board member of the “Roarke Center”, Schuyler Ridge Residential Health Care, St. Mary’s Woodland Village, and the “Friends of Hospice”, The Community Hospice of Rennsslear County. Bill and his family founded the “Annual Charity Golf Classic” for The Community Hospice which was later known as St. Peter’s Hospice. He was the recipient of the “Heart of Hospice” Award for his leadership in the Hospice organization and community involvement. He was recognized by Hillary Clinton, former Secretary of State for his community outreach for the hospice organization. He also received a NYS assembly citation for appreciation of all of his contributions. He also received a certificate of appreciation award from Gerald Ford, President of the United States in recognition of his meritorious service of benefit to the nation and Selective Service Award, along with the “Military Service Act”, May 1976. Bill is survived by his loving wife Kay of sixty years and his four devoted daughters; Carrie Monahan of Medway, MA, Katie Leahy-Hancock (Jonathan) of Charlotte, NC, Maura Leahy (Andy Tarpinian), Troy, NY, Beth Leahy of Troy, NY. Grandfather of; Maura (Libby) Monahan, William Monahan, Grace Monahan, Paige Leonard and Sydney Leigh Hancock. Great-Grandfather of Mila Rose Chicoine. Brother of; Shirley Leahy (Henry Dennis) of Troy, NY and Dr. P. Patrick Leahy (Cathy) of Reston, Va; brother-in-Law of Patricia P. Hinman (Warren). Also survived by several nieces, nephews, and cousins. Relatives and friends are invited to visit with Bill’s family Sunday, October 27, 2019 3:00 pm to 7:00 pm at St. Michael the Archangel Church, Troy, NY. Funeral services Monday, October 28, 2019 at 10:00 am where his Funeral Mass will be Concelebrated. The Rite of Committal will be held at St. Mary’s Cemetery, Troy immediately following the Funeral Mass. To leave a special message for the family, light a virtual candle, obtain directions or view other helpful services please visit www.McveighFuneralHome.com

Troy -William (Bill) C. Leahy 81, a lifelong resident of Troy, NY, entered into eternal life Wednesday, October 23, 2019. Bill was surrounded by his family as he went to be with the lord, he was in a room filled with love and peace. Bill... View Obituary & Service Information

The family of William C. Leahy created this Life Tributes page to make it easy to share your memories.

Send flowers to the Leahy family.