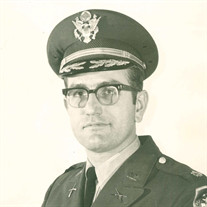 Albany-Thomas J. Vogel, 81, passed away on December 11, 2017 surrounded and embraced by his loving family. Born April 19, 1936 in Albany, NY, Thomas, widely known as “The General,” was a devoted family man, husband and life-long Communicant of the Blessed Sacrament Church. He was the son of the late Edward H. Vogel and Margaret A. (Porter) Vogel and the fourth of fifteen children. Thomas married the late Nancy R. (Carr) Vogel in 1955. They had 12 children. He was a proud grandfather to 38 grandchildren, and great-grandfather of 37 great-grandchildren who he often called “Toots” or “Mr. McGillicutty” at family gatherings. As many will recall, The General also liked to say, “What are you going to do in a small town?” Thomas was a very hard and disciplined worker and made an impact in several capacities throughout the years. His most cherished work included 38 years as Engraver at the former Carr Mfg. Jewelers, (Albany, Latham) and over 32 years of distinguished service with the New York Guard. He served as Military and Liaison Officer for New York State’s Division of Military and Naval Affairs, became Chief of Staff of the New York Guard and earned the rank of Major General prior to his retirement in 1992. The General was well-liked by everyone he encountered. He was beholden to the Orchard Restaurant and it’s kind staff for letting him use their restaurant as his central social hub. It became the center of Tom’s social life and preferred meeting place for family and friends. Tom’s witty one-liners, kindness, spirited humor, and generosity to all touched the lives of many and will surely be missed. Some of Tom’s favorite past-times included playing golf, shuffleboard, dancing, darts and family picnics. He cherished the yearly family golf tournaments with his siblings and children. The annual Vogel reunions at Thatcher Park were highly anticipated occasions as well. He made sure to tell his children to save those dates so as many as possible could attend. These truly were some of his “Happy Days” as he would call them. Without question, Tom’s greatest loves included his wife Nancy, his children, their children, and his church - where he gave his all, without fail. He leaves behind his daughters, Margaret Vogel-Nagengast ( the late Michael) and Karen Kozakiewicz (David) of Albany, Mary Orner (Erik), Sandra Makis (the late Robert) of Delmar, Ruth Kinum (Edward) of Waterford, the late Patricia Bullis (James) of Duanesburg; his sons, Thomas Vogel (Christine) of Ballston Spa, John Vogel of Mayfield, Edward Vogel of Glenmont, Jason Vogel (Jody) of Delmar, Terrance Vogel of Albany, and Brian Vogel of Delmar and his many grandchildren, great-grandchildren and nieces and nephews. Thomas is survived by his sisters Margaret Mulroy (John), Joyce Martin (the late Thomas), Jean Vogel, Carol McGlone (Gerald) and Sharyn Vogel, brothers Richard (the late Phyllis), Edward (Helen), William, Robert (Maryanne), John (Carolyn), David (Josephine) and Donald (Geri). He was predeceased by his sister Patricia Joan McDermid Seely (the late Leonard) and brother James (Sherry). The family would like to express their heartfelt thanks to the caring staff at Eddy Village Green (Cohoes) for their compassion, care, professionalism and overall hospitality during The General’s time of care and final days. In lieu of flowers, anyone wishing may make a donation to Blessed Sacrament Parish, 607 Central Avenue, Albany, NY, 12206. Relatives and friends are invited to visit with Tom’s family Thursday, December 14, 2017 4:00 pm to 7:00 pm in McVeigh Funeral Home, 208 North Allen Street, Albany, NY. Funeral services Friday, December 15, 2017 at 8:00 am in McVeigh Funeral Home, Albany thence to Blessed Sacrament Church, Albany at 9:00 am where his Funeral Mass will be celebrated. The Rite of Committal will be held in Our Lady of Angels Cemetery immediately following the Mass. To leave a message for the family please visit www.McveighFuneralHome.com Thank you for always taking care of your family Dad, we will always carry your memory in our hearts.

The family of Thomas J. Vogel created this Life Tributes page to make it easy to share your memories.

Send flowers to the Vogel family.