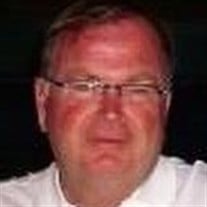 Albany - Thomas B. Healy, dearly beloved father, grandfather, brother, uncle and friend to all, passed into the hands of God unexpectedly on Monday, December 3rd at the age of 72. He was surrounded by both of his loving daughters, Kristen Healy of New York, NY and Megan Fahy (Niall) of Menands, NY, and his only brother Joseph Healy (Mary Beth) of Westfield, MA. Tom is pre-deceased by his parents Dr. Joseph W. Healy and Margaret Cusack Healy of Westfield, MA. In addition to his daughters, Tom is survived by his two granddaughters, Caroline Fahy and Martha Fahy, and several nieces and nephews. Born in Westfield, M.A. on July 19, 1946, Tom was a graduate of Westfield High School, where he played varsity baseball, basketball and golf. He attended Providence College where he was a faithful Friar and received his Bachelor of Arts in History. During his college summers, he worked as a lifeguard at Million Dollar Beach in Lake George, NY. Tom’s successful career in financial services spanned almost five decades. He started his career at Aetna Insurance Company and then went on to work at The Troy Savings Bank. In 1981, he joined the firm of First Albany Corporation. His dedicated service to his clients was evident as at various firms including Smith Lehman Brothers, Prudential Securities and MorganStanley SmithBarney. He had tremendous drive and he rose to the top of his profession as a member of the Chairman's Circle of Excellence and Director's Club and was named a Senior Vice President. Tom built an enviable book in the retail brokerage world which mirrored his interests. Tom was a member of the Fort Orange Club and the Sons of Saint Patrick. He was also a Trustee and Director of Troy Savings Bank. He served on numerous boards over the many years including: Academy of the Holy Names, First Niagara Bank, La Salle Institute in Troy, NY, Maria College in Albany, NY, the Board of Governor’s at Providence College, Saint Peter’s Hospital Foundation, The Troy Club, The Greater Troy Chamber of Commerce, and the Visiting Nurses Association of the Capital District. He had been a member of the Albany Country Club for over 25 years. He was also a(n) honorary member at NCG in Nantucket, MA. Tom was instrumental in bringing a charitable golf tournament to the Capital Region in 1999, and worked with Sr. Constance Casey, SNJM to include Academy of the Holy Names as a beneficiary of tournament proceeds. In 2014, he was the recipient of the Academy of the Holy Names John Henry Farrell Building the Future Award for his continual service and dedication to the future of Holy Names. He was a long-time member of the parish of Mater Christi in Albany, NY. His presence, like his generosity, was larger than life. He was fiercely loyal to his family and friends. He showed up to support everyone at any time. His laughter was contagious, and it only improved as the night went on. His voice got lower as he would tell one of his famous stories everyone had heard from the corner table with a twinkle in his eye. He frequented establishments where they "just got it" and always insisted on backing everyone up by sprinkling the infield. Everyone was “on scholarship” with Tom. He made sure everyone had the best table at the best restaurant and the best seat for every game. He "duked" everyone. He read every newspaper and magazine printed from cover to cover each day. He underlined and starred information with his fountain pen before sending it off to family and friends with a handwritten note. He was known as the mayor wherever he went. Anyone he met, from the cab driver to the bank teller he always asked, "So where are you from?" He logged thousands of miles in the clubhouse at Saratoga, on the cobblestones of Nantucket, and on the northeastern highways. His personality was like his wardrobe: vibrant and old school. He was an avid horse racing fan and loved Nantucket and Saratoga. He was a life-long Boston Red Sox fan and passionate college basketball fan. Tom never missed Mass, even if it meant leaving during the seventh race to catch the Saturday vigil. Tom was a front row seat to life. He was loved by many and was blessed with hundreds of friends near and far. He will be mourned and celebrated by the lives he touched. Relatives and friends are invited to visit with Tom’s family on Friday, December 7, 2018 from 4:00 to 8:00 pm in the McVeigh Funeral Home, 208 North Allen Street, Albany. A Mass of Christian Burial will take place at The Historic Church of St. Mary on Capitol Hill, Albany at 10:00 am on Saturday, December 8. In lieu of flowers, the family asks for donations to be made in memory of Thomas B. Healy to the Academy of the Holy Names, 1075 New Scotland Road, Albany, NY 12208. To leave Tom’s family a message on their guestbook, light a candle, obtain directions, or view other helpful services, please visit www.mcveighfuneralhome.com

Albany - Thomas B. Healy, dearly beloved father, grandfather, brother, uncle and friend to all, passed into the hands of God unexpectedly on Monday, December 3rd at the age of 72. He was surrounded by both of his loving daughters, Kristen... View Obituary & Service Information

The family of Thomas B. Healy created this Life Tributes page to make it easy to share your memories.

Send flowers to the Healy family.