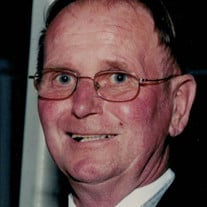 Colonie, NY - Richard G. Pierce, Sr., 76, passed peacefully on Thursday, March 14, 2019, surrounded by his family, at the Daughters of Sarah Nursing Center. Born in Albany, New York on September 20, 1942, Dick was the son of the late Edward A. and Catherine Gerard Pierce. He was predeceased by his sisters, Joan Pierce Reamer (late Donald); Barbara Gerard Barr (W. Brian); and brother-in-law, Alan Lloyd. Dick was 1962 graduate of Cardinal McCloskey Memorial High School. He met the love of his life, his high school sweetheart, Cathy, when he sold her his ninth-grade books. They married October 17, 1964 and their “happily ever after” lasted for 54 years. Dick was employed for 30 years by the Coca-Cola Bottling Company of Albany, New York as a driver-salesman retiring in 1998. He then went to work at Albany Molecular Research Incorporated as a laboratory assistant. Dick was named on a patent for a scientific apparatus and method developed in collaboration with two AMRI scientists. After his retirement from AMRI, Dick began to research his ancestry. He was able to reconstruct a family tree that dated back to the late 1700’s in the U.S. Dick and Cathy also traveled extensively, visiting all 50 states, 22 NASCAR tracks and at least 35 national parks. Dick was the devoted husband of Catherine “Cathy” Booth Pierce; proud father of Richard, Jr. (Gabrielle); David (fiancee’, Margaret Reinold); Michael (Rachel); Christine Pierce Berez (Mark); and William (Paula) Pierce; loving grandfather of Anthony, Rachel; David (Chelsey), Jessica Pierce Schmidbauer (Robert), Jordan; and Miriam Catherine Pierce. He was also blessed with three adorable great-granddaughters, Molly Pierce; Skylar Schmidbauer; and Stella Pierce. Dick was the brother of Edward, Jr. (Mary Ann); Robert; and Paul (Helen) Pierce and very proud of his extended family of nieces and nephews. He was the brother-in-law of Joan Booth. As his health declined, Joan helped Dick continue with many adventures, especially trips to Turning Stone, which he truly treasured and enjoyed. Richard and Barbara Ebel were his special life-long cherished friends. The family would like to express their gratitude to the dedicated, professional staff of the Daughters of Sarah Nursing Center for Dick’s compassionate, loving care over the past two years. Memorial contributions may be made to The Alzheimer’s Center of Albany Medical Center, 47 New Scotland Avenue, MC 70, Albany, New York 12208 or The Blessed Sacrament School Endowment Fund, Church of the Blessed Sacrament, 607 Central Avenue, Albany, New York 12206. Relatives and friends are invited to visit with Dick’s family Thursday, March 21, 2019 4 to 7 p.m. in the McVeigh Funeral Home, 208 N. Allen St., Albany. Funeral Services Friday, March 22, 2019 at 9:45 a.m. from the McVeigh Funeral Home, Albany thence to Blessed Sacrament Church, Albany at 10:30 a.m. where his Funeral Mass will be celebrated. The Rite of Committal will be held in Our Lady of Angels Cemetery immediately following the Mass. To leave a message for the family,light a candle, obtain directions or view other helpful services please visit www.mcveighfuneralhome.com

The family of Richard G. Pierce Sr. created this Life Tributes page to make it easy to share your memories.

Send flowers to the Pierce family.