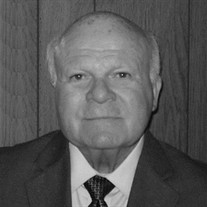 Albany- Brother Richard Leo McAlice, FSC, 85, died peacefully at De La Salle Hall in Lincroft, NJ, following a brief time in hospice care. Born in Pawtucket, RI, to Leo Francis McAlice and Edith Nichols, Richard attended Sacred Heart Elementary School and St. Raphael Academy in Pawtucket. After graduating he decided to answer the call to religious life and entered the order of the De La Salle Christian Brothers at Barrytown, NY in June of 1950, taking the name Brother Richard Leo. He then attended De La Salle College, Washington, D.C. from 1951-1954 and Manhattan College, NY from 1954-1956, graduating with a BS in Social Science. His call to serve the marginalized and poor is best epitomized by his work at Incarnation School in Manhattan, followed by 25 years teaching and working at Lincoln Hall from 1956 to 1981. He then brought his gifts and talents to La Salle School in Albany where he continued to inspire many for the next 37 years. He has worked most well and tirelessly on behalf of the “Children confided to our care” according to the Rule of the Brothers throughout his life. His warm smile and strong commitment encouraged many staff and students. His family, Nascar (especially Tony Stewart) and the Yankees were special to him. He is predeceased by his brothers Henry and Charles and his sisters Frances and Ruth. He leaves his brothers Leo and twin brother Arthur and his sister Edith all the joy possible of having lived life to the full. Relatives and friends are invited to visit with Br. Richard Leo’s family and confrere’s Tuesday, August 22, 2107 4:00 to 7:00 pm in McVeigh Funeral Home, 208 North Allen Street, Albany, NY Funeral services Wednesday, August 23, 2017 at 8:45 am from McVeigh Funeral Home, Albany thence to the Cathedral of the Immaculate Conception, Albany at 9:30 where his Funeral Mass will be concelebrated. The Rite of Committal will be held in the De La Salle Christian Brothers lot in St. Agnes Cemetery, Menands immediately following the Funeral Mass. To leave a message for the family, light a candle, obtain directions or view other helpful services please visit www.McveighFuneralHome.com Those wishing to remember our beloved Brother Richard Leo McAlice may send a contribution to LaSalle School, 391 Western Ave., Albany, NY 12203. St. John Baptist de la Salle…..Pray for Us Live Jesus in Our Hearts Forever

The family of Brother Richard Leo McAlice, FSC created this Life Tributes page to make it easy to share your memories.

Send flowers to the McAlice, family.