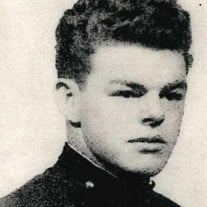 Westmere - Philip Clemens, Sr. passed away Sunday March 28, 2021 at St. Peters Hospital. He was born on April 16th, 1935 in Albany. He was the son of Casper and Alice Clemens. Phil is survived by his loving wife, Jayne, of 66 years, four sons: Philip Jr, Kevin (Florence), Mark (Cindy) and Khris (Charity). He has numerous grandchildren which he was so proud of: Brendan, Ashley, David, Kyle, Dakoda, Aydan, Bryar and Cierra. He is also survived by sister Regina (William) Klose. He is predeceased by sister Beatrice Straight, brothers Richard and Raymond. After graduating from Christian Brothers Academy, Phil served in the Army National Guard. In addition, he worked for the Times Union during the day while studying at night to become an electrician. He did all this while he and Jayne were raising four boys. He eventually became an accomplished Electrician, which he did for the next 35 years. He was very proud to serve as President of Local IBEW 724 for 18 years. Phil was a hard worker. He had many friends and was well liked by many of his peers as testament to his being reelected five times. He was a natural born leader. He enjoyed public speaking and politics in general. He loved all sports but was an avid baseball fan. He was President of and managed many West End Little League teams. He founded Scully Post American Legion Baseball. He absolutely loved his family and especially his grandkids. For many years, he loved watching and following their sporting activities. Phil also enjoyed betting on the horses and going to the Track. Above all, Phil was a Provider for his Family. He cared deeply to do his best for them and give them the best life he could. He succeeded! He will be missed so dearly. Special thanks to Timesha Ferguson (visiting nurse) for her kindness, care, and patience that she gave to him. Relatives and friends are invited to visit with Phil’s family on Friday, April 2, 2021 from 10:30 am to 12:00 pm in the McVeigh Funeral Home, 208 North Allen Street, Albany, NY 12206 with a service honoring his life to be begin at 12:00 pm. Please only enter the funeral home from the rear parking lot driveway; Masks and Social Distancing are required; and 45 visitors at a time will be allowed in the funeral home. The Rite of Interment will immediately following the service at Memory Gardens Cemetery, Colonie, NY.

Westmere - Philip Clemens, Sr. passed away Sunday March 28, 2021 at St. Peters Hospital. He was born on April 16th, 1935 in Albany. He was the son of Casper and Alice Clemens. Phil is survived by his loving wife, Jayne, of 66 years, four sons:... View Obituary & Service Information

The family of Philip C. Clemens Sr. created this Life Tributes page to make it easy to share your memories.

Send flowers to the Clemens family.