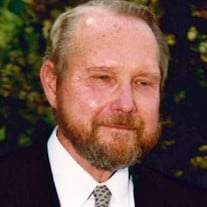 East Chatham-Peter A. Wistort, 82, of East Chatham, NY, passed away peacefully on November 4, 2017, at St. Peter’s Hospital surrounded by his loving children. Born on June 29, 1935 in Chicago, he was the son of the late Peter F. Wistort and Marcia “Nellie” (Sadunas) Wistort. As a young man, Peter always held jobs through school. While working at Gately’s Department store in Chicago, he met the love of his life, Patricia Killoran. Peter was determined to be successful. Through hard work and scholarships, he graduated from the University of Notre Dame with a BS degree in Electrical Engineering in 1958. All through college, remaining in contact with Patricia through their many years of letter writing. Upon graduation, he was hired by IBM as a marketing representative and began his career in New York City. On February 27, 1960 Peter and Patricia were married in the Chapel at St. Patrick’s Cathedral in New York City. Peter worked his entire career at IBM, traveling extensively, and continually being promoted to higher levels of management. His career took he and Pat to Washington D.C. in the 1960’s. During that time a son, Peter Michael was born in 1961, and a daughter, Kristiana, was born in 1964. By 1969, the family settled in Bedford Hills, NY, where they lived for 33 years. One of the highlights of Peter’s career was his involvement in IBM’s Japanese market, making several trips to Japan in the 1970’s. While living in Bedford Hills, Peter served on the school board of the Bedford Central School District from 1980 to 1986. He was also the President of the Board of Trustees of the Bedford Hills Free Library, where he volunteered his talents and leadership until 1993. Peter had a flair for architectural design and fine carpentry, he designed his homes and installed detailed woodwork in them. He also had a passion for flying and took many rides in sailplanes. Peter retired from IBM in 1993 and he and Patricia moved to Columbia County, NY in 2003 where he lived until his death. Peter is survived by his wife of 57 years, Patricia. His son, Peter M. and his wife Michele (Langevin) Wistort of Niskayuna, NY, and his daughter, Kristiana Wistort Daily of Queensbury, NY. His five grandchildren Zackery Wistort, Hannah Wistort, Sarah Wistort, Trevor Daily, and Chloe Daily, in addition to many nieces and nephews in the Chicago area. Those wishing to remember Peter in a special way may send a contribution to The Community Hospice, Gift Processing Center (Designated for the Hospice Inn), 310 S. Manning Blvd., Albany, NY 12208. To leave a message for the family, light a candle, obtain directions or view other helpful services please visit www.McveighFuneralHome.com

East Chatham-Peter A. Wistort, 82, of East Chatham, NY, passed away peacefully on November 4, 2017, at St. Peter&#8217;s Hospital surrounded by his loving children. Born on June 29, 1935 in Chicago, he was the son of the late Peter F. Wistort... View Obituary & Service Information

The family of Peter A. Wistort created this Life Tributes page to make it easy to share your memories.

Send flowers to the Wistort family.