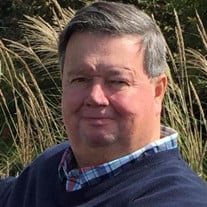 Albany-Paul L. Weafer, 74, of ALBANY, NY, passed away peacefully on April 3, 2020. He was born January 30, 1946 in Winchester, Massachusetts, the only child of Kenneth A. Weafer and Kathleen Kelly Weafer. Paul is survived by his beloved wife of 45 years, Patricia Collins Weafer and is the devoted father of Kenneth C. Weafer (Tierney Dugan) of Latham, N.Y. and Christine Weafer Deegan (Michael Deegan) of Cohoes, N.Y. He is the cherished grandfather of Rayne, Camille, and Brice Weafer, Tyler Dugan, and Michael P. and Patrick Deegan. Paul was a graduate of Vincentian Institute in Albany, NY, Niagara University, and Albany Law School. He worked for 30 years at the New York State Legislative Bill Drafting Commission, the last 20 of which he served as the Chief Counsel to the Commission and was often referred to as “best bill drafter in Albany” since Robert Moses. Upon his retirement from state service, Paul was a partner of Weafer and Venter Government Services. He was active in Albany politics his entire life. He served as the CEO of the Albany County Industrial Development Agency, past Chairman of the Albany Water Board, and was also a past member of the Albany Charter Review Commission and the Albany Citizens’ Police Review Board. Paul, like his father, was a lifelong fan of the Boston Red Sox. (He was endearingly referred to as “Papi” – after David “Big Papi” Ortiz – by his grandchildren.) He was also a dedicated fan of Notre Dame Football. He took an active interest in youth sports in the Capital Region, following and fostering the athletic careers of the best in the area. When his son was younger, he coached Pop Warner football and all levels of youth baseball and became President of the Central Babe Ruth baseball league in the early 1990s. He rarely missed a game; he could be found at Albany Academy football, basketball and baseball games, even long after his own kids had graduated. Paul, known as “Weaf” to his friends, had a magnetic personality and a larger than life presence that filled a room. He had a quick wit and a playful sense of humor. He was inquisitive, had a sharp mind, and was a wellspring of knowledge; he knew a lot about a lot and could speak with anyone on just about anything. Few were more gregarious than Weaf; he couldn’t help but strike up a friendly, and never dull, conversation with whomever came into his orbit. He was a loyal and devoted friend, who summoned all his gifts and talents to help a friend in need. His extraordinary generosity extended well beyond his friendships; he was a champion for the underdog and a relentless advocate for those who sought his aid and counsel. Paul developed a strong faith in his youth and maintained it to the very end, reassuring the nurses who took such loving care of him of the unconditional and boundless love of the Blessed Mother. But above all, for Paul, family was supreme. Of all his achievements, nothing was more important to Paul than being a faithful and loving husband and a supportive father. And when each of his grandchildren arrived, he doted on them inexorably. The family would like to thank the selfless nurses and physicians of the ICU of St. Peter’s Hospital, who compassionately treated and cared for Paul. Due to the health crisis, a Mass and memorial celebration of Paul’s life will be held at a later date. Contributions in memory of Paul L. Weafer can be made to Autism Speaks online at act.autismspeaks.org. To leave a message of condolence for the family, please visit www.McVeighFuneralHome.com.

Albany-Paul L. Weafer, 74, of ALBANY, NY, passed away peacefully on April 3, 2020. He was born January 30, 1946 in Winchester, Massachusetts, the only child of Kenneth A. Weafer and Kathleen Kelly Weafer. Paul is survived by his beloved wife... View Obituary & Service Information

The family of Paul L. Weafer created this Life Tributes page to make it easy to share your memories.

Send flowers to the Weafer family.