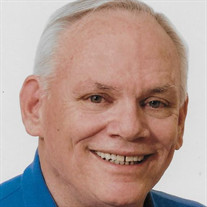 Loudonville-Michael “Mike” Patrick Carey, 69, of Loudonville peacefully passed away on Tuesday, July 11, 2017, surrounded by family at Albany Medical Center, due to complications from ALS. Born in Albany on July 15, 1947, he was the son of William Joseph Carey and Rosemary Travison Carey. A graduate of the Christian Brothers Academy, Michael played football and was voted a member of the All-Albany team in 1965. He continued to play at Manhattan College, where he earned his teaching degree. Mike began his career as an elementary school physical education teacher, and also coached football at Philip Schuyler High School. He later earned a Masters degree in Health Education from Russell Sage College. Mike served many years in the Albany School District, first as a teacher and football coach, then as the Director of Transportation, and finally as the long-time principal of School 20 in North Albany, now known as North Albany Academy. Following retirement in 2003, he returned to football coaching at CBA. He also spent many years coaching softball in the West Albany little league. In addition to his love of sports, Mike was a long-time supporter of the American Legion in Albany as a “Sons of” member, and a member of the Albany Elks Lodge #49, the North Albany Limericks, the Ancient Order of the Hibernians, and the Albany Polish-American Citizens Club. An avid follower of politics, he offered his time in the community as an Election Inspector. After suffering a paralyzing fall in 2009, Mike made a full recovery and was inspired to volunteer at Albany Medical Center. His duties included being a “friendly visitor,” especially to patients dealing with spinal cord injuries. He was proud to be honored with the “Volunteer of the Month” award at Albany Med. He was training for the Pastoral Care program through St. Pius X when he fell ill. Mike is survived by his wife of 44 years, Patricia Carey of Loudonville; his son, Matthew Carey of Albany; his daughter, Colleen Luther (Kyle) of Loudonville; his daughter, Megan Geltman (Randy) of San Antonio, Texas; his adoring granddaughters, Ennea and Aliera Luther; his younger siblings, Kathleen Henkel (Hank), Robert Carey (Diane), Maryann Ryan (Kevin), and Nancy Chamberlain; and many nieces, nephews, cousins, and friends. He was predeceased by his parents and brother-in law, William Chamberlain. The family would like extend thanks to those who helped Mike during his struggle with ALS, especially: Mike Brady, Robert Carey, Nancy Chamberlain, Donna Coonley-Hotaling, Frank Owens, Tom Quinlivan, Jimmy Smith, Jerry Spicer, and Rosemary Wolfgang, as well as the doctors, staff and volunteers at Albany Med and the St. Peters Regional ALS Center. Relatives and friends are invited to visit with Michael’s family Friday, July 14, 2017 4:00 pm to 7:00 pm at St. Pius X Church, Loudonville. Funeral services Saturday, July 15, 2017 at 9:30 am at St. Pius X Church, Loudonville where his Funeral Mass will be celebrated. The Rite of Committal will be held at St. Agnes Cemetery, Menands immediately following the Funeral Mass. To leave a special message for the family, light a candle, obtain directions or view other helpful services please visit www.McveighFuneralHome.com In Lieu of flowers Michael requested that any memorial contributions be made to the St. Peters Regional ALS Center on 19 Warehouse Row, Albany NY 12205 or the North Albany Academy on 570 North Pearl Street, Albany NY 12204.

Loudonville-Michael &#8220;Mike&#8221; Patrick Carey, 69, of Loudonville peacefully passed away on Tuesday, July 11, 2017, surrounded by family at Albany Medical Center, due to complications from ALS. Born in Albany on July 15, 1947, he was... View Obituary & Service Information

The family of Michael "Mike" P. Carey created this Life Tributes page to make it easy to share your memories.

Send flowers to the Carey family.