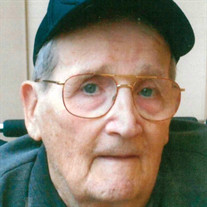 Albany-Mathew J. Corcoran, 80, entered Eternal Life Saturday, July 15, 2017 at St. Peter’s Nursing and Rehabilitation Center. Born in Albany, he was the son of Frederick and Gertrude Schwe Corcoran. He was a United States Air Force Veteran. Mathew was a 1955 graduate of Vincentian Institute. He was a distinguished member of the Rotterdam Elks, and was employed for over 30 years with Niagara Mohawk. He was a member of the American High School Football Hall of Fame, and the Bishop Maginn Football Hall of Fame. Mathew was a former Roller Skating National Champion, and for many years coached Pop Warner Football and Little League. He enjoyed traveling, golf, reading and was an avid New York Yankee and New York Giants fan. His family would like to extend a heartfelt thank you to the staff at St. Peter’s Nursing and Rehabilitation Center for the care provided to Mathew. He was the husband of Connie M. Paretta Canaday Corcoran, and the late Phyllis Corcoran; dear father of Jerry (Susan), Jim (JoAnn) and Fred (Karen); stepfather of Tom Canaday, Jack Canaday (Michelle), Kelly Canaday, and the late Stephen and Paul Canaday; brother of the late Mary Anne Valloze; dear grandfather of Jenna, James, Carolyn, Madeline, Michael, Amanda, and Gabriella; survived by many nieces and nephews. Relatives and friends are invited to visit with Mathew’s family Wednesday, July 19, 2017 4:00 pm to 7:00 pm in McVeigh Funeral Home, 208 North Allen Street, Albany, NY Funeral services Thursday, July 20, 2017 9:45 am in McVeigh Funeral Home, Albany thence to the Parish of Mater Christi, Albany at 10:30 am where his Funeral Mass will be celebrated. The Rite of Committal will be held in Our Lady of Angels Cemetery immediately following the Funeral Mass. Those wishing to remember Mathew J. Corcoran in a special way may send a contribution to St Peter’s Nursing and Rehabilitation Center, 301 Hackett Blvd., Albany, NY 12208. To leave a special message for the family, light a candle, obtain directions or view other helpful services please visit www.McveighFuneralHome.com

The family of Mathew J. Corcoran created this Life Tributes page to make it easy to share your memories.

Send flowers to the Corcoran family.