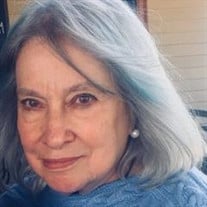 Albany-Maryanne Finocchi Casano, 81, entered Eternal Life Wednesday at her home, May 20, 2020. Born in Amsterdam, NY she was the daughter of Vincenzo “James” and Genevieve “Jenny” Aldi Finocchi. She was married to A. Andrew Casano, MD in 1968 and they were together until 1987. Maryanne graduated from Wilbur H. Lynch High School and was a beloved and dedicated mother and grandmother. She was the loving mother of Aaron A. Casano of Ridgefield, CT, Adrienne A. Casano of Albany, NY, Annelise A. Casano (Doney) of Atlanta, GA, Andréa A. Casano of New York, NY and Alexis A. Casano-Antonellis (Jessica) of Hastings- on Hudson, NY; adored grandmother (Mimi) of Lola Casano, Preston Casano, Benjamin Casano-Doney, Romeo Casano-Antonellis and Francesco Casano-Antonellis; sister of the late Vincent Finocchi, Angelo Finocchi and Richard Finocchi; she is survived by brother-in-law David (Diane) Casano; sisters- in- law Sally Robilotto Finocchi and Amy Finocchi and several nieces and nephews. In addition to her parents, she was predeceased by sister Rita and brother Joseph Finocchi. Mimi was known for her creativity, imagination, her love for children and animals and for her wicked sense of humor. Mimi welcomed all children with an open heart and encouraged them to create who they wanted to be. She did not just raise her own five children but an extended tribe of many more, some she was vocal about liking more than the ones she gave birth to. She loved nothing more than having that tribe, most called her Momma C, in her home as children, gossiping with them as teens and watching them grow into adults with families of their own. She loved to introduce all children to her passions by singing them her favorite James Taylor songs, letting them play with her best friend Maya, a black lab, scaring them by planting her unusual dolls all over the house and introducing them to her favorite holiday, April Fool’s Day. She made sure that in the last few years many children became aware of Julio Iglesias and his many talents. She was supportive of everyone including the economy, Amazon will miss her terribly. She had developed quite a following on Facebook due to her sharp wit and memes, reaching yet another audience of admirers. Mimi was an original and a second mother to many souls who needed her. Her home was a revolving door of happiness, but she let you know when it was time to leave because Law and Order was on. She lived life on her own terms and taught every child who walked through her door to do the same. She was loved and will be greatly missed but she left behind memories, smiles, humor, and grace that will be carried through generations. Contrary to a conclusive DNA test, Mimi insisted that she was of Native American descent; those who wish to remember her in a special way may send a contribution in lieu of flowers to St. Joseph’s Indian School P.O. Box 326 Chamberlain, SD 57326. To leave a special message for the family, please visit www.McveighFuneralHome.com

The family of Maryanne Casano created this Life Tributes page to make it easy to share your memories.

Send flowers to the Casano family.