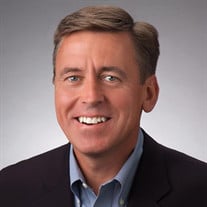 Mark D. Temple, 53, died on December 16, 2017, at home in Slingerlands, New York, surrounded by his immediate family. Mark was born on December 28, 1963 in Hudson, New York, to James H. Temple and Cheryl A. Temple (Michener). He grew up in North Chatham, NY and graduated from Ichabod Crane High School in 1982. He attended SUNY Fredonia, where he received a B.A. Economics and Finance with a minor in Political Science in 1986. Mark had more than 15 years of institutional retirement-plan experience with such leading firms as State Street Bank and Trust Company, First Albany, and Bank of America before he became the founder and managing director in 2007 of Retirement and Benefit Partners, Inc. Mark was a loving husband to Paula Temple (Murphy) for over 21 years and adoring father to his three children; Libby, James and Maggie. Mark is also survived by his parents, James and Cheryl Temple, his sister, Lisa (Joseph) Yakel, several brother and sister-in-laws, aunts, uncles, cousins, nieces, nephews and countless friends. What defined Mark was his constant faithfulness to his savior, Jesus Christ. Mark became a devout follower of God 10 years ago, and from then on, his relationship with his Lord became Mark’s biggest passion. He spent the remainder of his life seeking after God and aiming to be a witness of Christ’s love. Mark was actively involved at Bethlehem Community Church, serving his community and many of the members there, especially the youth group. Marks expression of his faith touched hundreds in a positive way. Mark lived life to the fullest and managed to accomplish excellence in every aspect of his short life. He expressed his love for the outdoors and sports through skiing, golf, cycling and running. In the Adirondacks, he spent many weekends hiking with family and friends, and skiing at Gore Mountain, but adored his opportunities to hit the slopes out West. He enjoyed his experience as an accomplished cyclist, marathon runner, and assistant pro golfer as well. A celebration of Mark’s life will be held at Bethlehem Community Church (201 Elm Ave, Delmar, NY), on Saturday, December 23rd, at 11am. In lieu of flowers, please consider donating to: American Cancer Society® or CaringBridge.Org.

Mark D. Temple, 53, died on December 16, 2017, at home in Slingerlands, New York, surrounded by his immediate family. Mark was born on December 28, 1963 in Hudson, New York, to James H. Temple and Cheryl A. Temple (Michener). He grew up... View Obituary & Service Information

The family of Mark D. Temple created this Life Tributes page to make it easy to share your memories.

Send flowers to the Temple family.