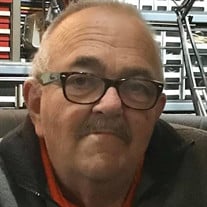 Colonie -John E. Tutein left this life on July 12, 2019 after a long battle with heart and kidney problems. He was a graduate of Blessed Sacrament School, Christian Brothers Academy and Rensselaer Polytechnic Institute, graduating in 1970 as a Chemical Engineer. He was honorably discharged from the U.S. Army Corps of Engineers. John retired after many years as a Senior Engineering Specialist with Factory Mutual. He was a member of the American Institute of Chemical Engineers, National Fire Protection Association, Society of Fire Protection Engineers, International Association of Arson Investigators, and New York State Fire Investigators. He served as Past President and Captain of the former West Albany Volunteer Fire Company No. 1, Volunteer Paramedic with the Town of Colonie EMS Department, Scoutmaster, Explorer Advisor, and Camping Committee Member with the Twin Rivers Council Boy Scouts of America. He had also served as a volunteer First Aid and CPR instructor with the American Red Cross and a certified pistol and rifle instructor with the National Rifle Association. John served over 50 years as a volunteer at Camp Rotary each summer in various roles including Nature Director, Rifle Range Director, Health Officer and Assistant Ranger. John was pre-deceased by his parents, Constantine and Esther Tutein. He is survived by his sister, Joyce Internicola and her husband Joseph, his nephew Joseph Internicola and his wife Roberta and their four children, Nicholas, Miranda, Lindsey and Anna, his niece Elizabeth Hoar and her husband Stephen and their four children, Mary, James, John and Joseph, his niece Catherine Page and her husband Rodney and their three children, Amita, Anastasia, and Robert, and his niece Carolyn Kelley and her husband Patrick, several cousins, his long time friend, Glen Sharpe and his family, and his many friends in the scouting and first responder community. Calling hours will be held on Friday, July 19, from 4 P.M. to 7 P.M. at the McVeigh Funeral Home in Albany and his Mass of Christian Burial will be held on Saturday, July 20 at 10:30 A.M. at Blessed Sacrament Church in Albany. In lieu of flowers, memorial donations may be made to Twin Rivers Council, Thunderbird Club STEM Center, 253 Washington Ave Ext., Albany, NY 12205.

Colonie -John E. Tutein left this life on July 12, 2019 after a long battle with heart and kidney problems. He was a graduate of Blessed Sacrament School, Christian Brothers Academy and Rensselaer Polytechnic Institute, graduating in 1970 as... View Obituary & Service Information

The family of John E. Tutein created this Life Tributes page to make it easy to share your memories.

Send flowers to the Tutein family.