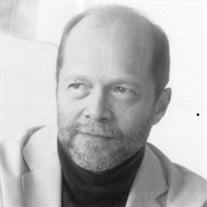 Menands- John Faunce Roach Jr. died peacefully in Albany on November 10th, 2018 after a long battle with kidney disease. John grew up in Loudonville and graduated from The Albany Academy in 1967. After attending Union College, John earned a B.F.A. in Acting and an M.F.A. in Directing from Carnegie Mellon University in Pittsburgh, PA. When he moved to Los Angeles in 1973 to start a repertory theater, he ran into a young writer and actor named Sylvester Stallone, and not only helped him launch his first film, Rocky, but served as executive producer for a subsequent Stallone film, Paradise Alley. John’s company, Force Ten Productions, produced a diverse range of films and plays, from more than twenty-five films in Australia to cutting-edge plays by Craig Lucas off-Broadway and made-for-TV movies like In Broad Daylight, which starred Brian Dennehy and Marcia Gay Harden. John was also a successful novelist and screenwriter. His novel, Lucrezia Borgia, which was published by Crown in 2010, was described in a review by Booklist: “Narrated by Lucrezia herself, this novelization of the life of one of history's most notorious females is a page-turning expose of the corruption, debauchery, and intrigue that characterized the sixteenth-century papal court.” But more than anything, John simply loved books. He loved to read them, loved to write them, and loved to collect them. He was one of the few writers who could honestly say he had read Joyce’s Ulysses and Finnegan’s Wake, cover to cover, before he was sixteen years old. And he read voraciously until the end. John is survived by his devoted wife Elizabeth Karl-Roach, friends and colleagues. Relatives and friends are invited to visit with John’s family Wednesday, November 14, 2018 4:00 pm to 6:00 pm at McVeigh Funeral Home, 208 North Allen Street, Albany, NY 12206. Funeral services Thursday, November 15, 2018 at 9:30 am at McVeigh Funeral Home, Albany thence to St. Pius X Church, Loudonville, NY at 10:00 am where his Funeral Mass will be celebrated. The Rite of Committal will be held in Albany Rural Cemetery immediately following the Funeral Mass. Those wishing to remember John F. Roach Jr in a special way may send a contribution to the American Diabetes Association, 5 Pine West Plaza, Suite 505 Albany, NY 12205. To leave a message for his family, please visit www.McveighFuneralHome.com

The family of John F. Roach Jr. created this Life Tributes page to make it easy to share your memories.

Send flowers to the Roach family.