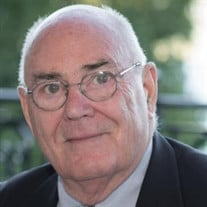 Albany-John “Jack” Joseph Evers, 78. Born in Eternal Life Monday, February 21, Anno Domini 2022. Jack was born in Lansingburgh on March 21, 1943. He attended St. Augustine’s parochial school, and upon moving to Albany, Cathedral Academy and later St. Vincent DePaul grammar school. He graduated from Albany High School in 1961 and from Siena College with a BA in history in 1965. He worked for over 30 years as a salesman and later Vice President of the family-owned Johnny Evers Sporting Goods Company in Albany, NY. He later worked for Raymour and Flanigan. Upon retirement from the Bill Drafting Commission, he worked briefly as a court attendant for Albany County. Unbeknownst to many except family he started his life as a police officer for the Thousand Islands State Park Commission after working at the Sagamore Hotel but he opted to return to the family business. He married to Alice-Ann (Broome) on October 27, 1967 and raised four children in the Pine Hills section of Albany (St. Teresa’s parish), later moving to Buckingham Lake neighborhood (St. Catherine’s parish). Active in the community and parish life, he served as a coach at National Little League, President of the St. Teresa of Avila School Board, Chairman of the St. Teresa’s Annual Bazaar, Commissioner of Colonie Pop Warner football, a 58-year member of Albany Lodge of Elks BPOE #49, Knights of Columbus #173, Sons of the American Legion Post #30, member of the Catholic Order of Allhambra, and Officer in the CBA Father’s Club. He was an usher for decades at the 10:45am Sunday Mass at St. Teresa’s and frequent communicant at Mater Christi’s weekday 8 am Mass. Personally appointed a Democratic Committeeman by Dan O’Connell himself in 1967, he represented the First Ward, First District and later the 6th district in the 14th ward. He was one of the initial board members of City of Albany’s Water and Sewer District Commission. In the mid-1970s he served as the Chairman of the Citizens Review Commission for the Comprehensive Education & Training Act (CETA) that helped distribute millions of federal dollars in education and training programs employing thousands throughout the City of Albany. A national figure within the sporting goods industry, Jack served for almost 20 years as Vice Chair of the National Sporting Goods Dealers Association Annual Convention Committee. He was a familiar face in every high school, college and athletic program in upstate New York from the 1950s through the 1990s. An avid reader, he enjoyed watching sports, the NY Giants, Boston Red Sox and seeing his grandchildren. He would regale listeners with Albany tales, high school sports in the “golden days”, political tales from the O’Connell-Corning days, his time as a student in Cathedral Academy, the Campus Cleaners at Siena when he was “a day hop” (commuter), and his first neighborhood in Lansingburgh (always the “Burgh” not North Troy). His stories about the Johnny Evers Sporting Goods Store next to the old Elks Club on State Street in the 1940s and 1950s provided endless entertainment to avid listeners. Family and friends were often awe struck by how many people knew him and it was a running joke that no matter where you went, he would invariably run into an old friend. He is survived by his loving wife of 55 years Alice, his children Johnny (Tracy), Mary-Jo (Larry), Robert (Celia), and Thomas; and grandchildren Connor, Emily, Jonathan, Lily, Thomas, Kiley, Teagan and Maya. His brother Joseph F. Evers, III (Annie) and sister Lisa Delaney (Tim) survive. He was predeceased by his bother Terence. Relatives and friends are invited to visit with Jack’s family Wednesday, February 23, 2022 4:00 pm to 7:00 pm at McVeigh Funeral Home, 208 North Allen Street, Albany, NY 12206. Please enter the funeral home from the rear parking lot entrance only. Unvaccinated individuals must wear a mask and practice social distancing. Funeral services Thursday, February 24, 2022 at 10:00 am at Parish of Mater Christi, Albany, NY where his Funeral Mass will be celebrated. Masks are required. You can view the Mass at YouTube.com/C.ParishofMaterChristi To leave a message for the family please visit www.McveighFuneralHome.com Family would like to thank the staff of Shaker Place for their support and care. In lieu of flower family requests donation be made in his name to Mater Christi School, Albany, NY.

The family of John "Jack" Joseph Evers created this Life Tributes page to make it easy to share your memories.

Send flowers to the Evers family.