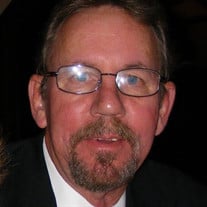 Glenmont- John W. Fisher, 64, passed away at home on Wednesday, August 9, 2017 surrounded by his loving family, after a courageous two-year battle with cancer. Born in Albany, NY, he was the son of the late R. Leroy Fisher and Jane E. (Spatz) Fisher. He graduated from Milne High School, attended Hudson Valley Community College and was employed by Niagara Mohawk Power Corporation/National Grid retiring in 2011 as Chief Line Mechanic after 38 years of service. In retirement, he was an independent storm assessor with Storm Services, LLC and assisted with the restoration of electrical power in the aftermath of Hurricane Irene (2011) and Hurricane Sandy (2012). John loved spending time fishing at Tupper Lake, boating on Lake George, and vacationing in Myrtle Beach, but his true passion was baseball and coaching the kids. He was at home at any Little League park and proudly volunteered many years of dedicated service to Tri-Village Little League (TVLL) in Delmar, NY, where he managed and coached his sons, Andrew and Jeff. In 1995, he joined the TVLL Board of Directors and remained a board member until this year. John served as President of TVLL from 1998 – 2004, a time of tremendous growth and success for the league. He was the recipient of the 2004 District Administrators’ Leadership Award, and that year the TVLL Farm Field was dedicated to John and named “John Fisher Field.” He was the manager of the 2007 Little League Baseball District 13 Major All-Star Championship team, which he also took to the Cooperstown Dreams Park. He continued to coach travel baseball in the ENYTB League for the Capital District Knights from 2007 – 2012. In recent years, he served as District 13 Safety Director and Assistant District Administrator as well as McGee Park caretaker. He was a loving husband to his wife of 37 years, Teri (Archino) Fisher, and a caring father to his children, Andrew W. Fisher of Cohoes, NY, and Jeffrey J. Fisher of Glenmont, NY. He is also survived by his sister, Donna Jane Breslin (Matt) of Lake Placid, FL, Christine Morgan of Milton, NY, Ellen Barber of Woodland Park, CO, Alicia Rios of Moran, TX and Patricia Panetta of Troy, NY as well as several cousins, nieces and nephews. His sister, Laura M. Fisher, and birth mother, Mable Murphy, predeceased him. The family thanks Dr. Luyun and the staff of St. Peter’s Oncology for their kind and compassionate treatment of John over that past two years and the Albany County Hospice nurses who helped John and the family over the past two weeks. Relatives and friends are invited to visit with John’s family Monday, August 14, 2017 4:00 pm to 7:00 pm in McVeigh Funeral Home, 208 North Allen Street, Albany. Funeral services Tuesday, August 15, 2017 at 8:00 am in McVeigh Funeral Home, Albany thence to St. Thomas the Apostle Church, Delmar, NY at 9:00 am where John’s Funeral Mass will be celebrated. The Rite of Interment will be held in St. Agnes Cemetery, Menands immediately following the Funeral Mass. To leave a message for the family, light a candle, obtain directions or view other helpful services please visit www.McveighFuneralHome.com Donations may be made in John’s name to St. Thomas the Apostle Church in Delmar, NY or to the Memorial Sloan Kettering Cancer Center, P.O. Box 5028, Hagerstown, MD 21741-5028.

Glenmont- John W. Fisher, 64, passed away at home on Wednesday, August 9, 2017 surrounded by his loving family, after a courageous two-year battle with cancer. Born in Albany, NY, he was the son of the late R. Leroy Fisher and Jane E. (Spatz)... View Obituary & Service Information

The family of John W. Fisher created this Life Tributes page to make it easy to share your memories.

Send flowers to the Fisher family.