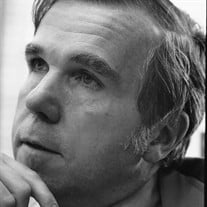 Albany-James H. Tully, Jr., 87, of Albany, NY, passed away on June 10, 2018. He was one of the top state finance officials during the New York City fiscal crisis and Chairman of Hugh L. Carey’s successful campaign for Governor of New York in 1974. Jim’s May, 2017 retirement from the New York State Tax Appeals Tribunal, where he served as a Commissioner and was a former President, marked the end of a long and impactful career of public service. From 1975 through 1982, Jim was Commissioner of the New York State Department of Taxation and Finance, the agency that assumed collection of New York City taxes in response to the mid-1970s fiscal crisis. Following an important legal victory during his tenure, NY Daily News columnist Beth Fallon wrote: “James Tully, smallish, merry-eyed and that much–maligned entity, a political appointee, can take some credit. In a world that loves not the tax commissioner, he should get it.” Jim was born in Brooklyn, NY on May 19, 1931. He served in the New York State Assembly representing Park Slope, Brooklyn and was a delegate to the 1967 State Constitutional Convention. Jim’s commitment to public service continued during periods of private legal practice, during which he provided counsel to the New York State Comptroller’s Office and the Port of Albany. He was a member of the Board of Trustees of Little Flower Children’s Services of New York, founding President of the Council of Voluntary Child Care Agencies of NY and co-founder of the Helen Owen Carey Child Development Center in Brooklyn. Jim is survived by his beloved wife of 59 years, Eileen Conway Tully, daughters Anne Murphy (Mark) of East Greenbush, NY, Dr. Lauren Tully (Thomas Schiel) of Sabinal, Texas, Susan Tully Abdo (Nicholas) and Kathleen Cronin (Joseph) of Glenmont, NY, and son James Tully (Consuelo Murtagh) of Mountain Lakes, NJ, as well as ten grandchildren. He also is survived by sister Dr. Marie Louse Johnson (Kenneth MD) and brothers Martin Tully (Jeannine) of High Falls, NY, William Tully (late Judith) of Chester, NJ, and Dr. Robert Tully (Anne) of Salisbury Mills, NY. A graduate of Georgetown University, he was adjunct Professor of Taxation at Albany Law School (1978-1982) and served as a First Lieutenant in the US Army infantry (1953-1955). Jim loved his wife, his family, his country and his Lord and Savior. All who knew him experienced Jim’s intellect, his wit and humor, his gift for storytelling and his kind and generous heart. And, of course, his endless support for the Mets. Relatives and friends are invited to visitation at the Church of St. Vincent De Paul 900 Madison Ave, Albany, New York 12208, on Wednesday, June 13 from 4:00 pm to 7:00 pm. A Funeral Mass will be held on Thursday, June 14 at St. Vincent De Paul Church in Albany at 10:30 am. Interment will be at St. Agnes Cemetery, Menands. In lieu of flowers, contributions may be made to Catholic Charities, 40 North Main Ave, Albany NY 12208, the Inner City Scholarship Fund of NY, 1011 First Ave, NY, NY 10022, or Jewish Family Services, 877 Madison Ave, Albany, NY 12208, in memory of those who perished in the Holocaust. To leave a message for the family, please visit www.McveighFuneralHome.com

Albany-James H. Tully, Jr., 87, of Albany, NY, passed away on June 10, 2018. He was one of the top state finance officials during the New York City fiscal crisis and Chairman of Hugh L. Carey&#8217;s successful campaign for Governor of New... View Obituary & Service Information

The family of James H. Tully Jr. created this Life Tributes page to make it easy to share your memories.

Send flowers to the Tully family.