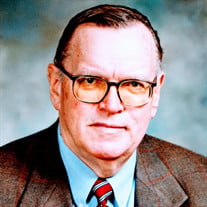 Albany – Gerald F. McLaughlin, an adviser to governors, state senators and a host of fledgling news reporters, has died after a lengthy battle against diabetes and other assorted ailments. He was 84. McLaughlin died on July 31 at the Albany Medical Center with his wife, Marty McLaughlin, by his side. He was taken to the hospital after becoming unresponsive while at dinner earlier in the day at Shaker Place, the Albany County nursing home and rehabilitation center, where he had been living since last fall. In April, he had tested positive for the coronavirus, but had remained symptom-free. McLaughlin was born on June 6, 1936, in Rutland, Vt., with printer’s ink in his blood. His mother, Helen Scanlon McLaughlin, was a star crime reporter and his father, Gerald Edward “Mac” McLaughlin, rose to be managing editor of the Rutland Herald newspaper. The family later moved to Springfield, Vt., where the couple took over four weekly newspapers serving the eastern part of the state. Their son, after graduating from the College of the Holy Cross (1958) and Columbia University’s School of Journalism (1959), began his own career as a reporter at the Providence (R.I.) Journal and its sister publication, the Bulletin. He quickly established himself as a street-smart reporter and was hired by The Associated Press in 1962. McLaughlin arrived at the AP’s Albany, N.Y., bureau, as then-Republican Gov. Nelson Rockefeller was on his way to winning a second four-year term. After six years of covering everything from college sports to the Electoral College for the AP, McLaughlin was hired by Rockefeller to run the public information office at the newly created state Pure Waters Authority. In 1970, McLaughlin joined the governor’s own press office and began a life-long friendship with Joseph Persico, Rockefeller’s speechwriter and later biographer. When Rockefeller resigned as governor in December 1973, McLaughlin became deputy press secretary for newly installed Gov. Malcolm Wilson who had been Rockefeller’s lieutenant governor. Less than a year later, Wilson lost the governorship to Democrat Hugh Carey. McLaughlin was pondering his own future when state Sen. John Marchi, a Republican from Staten Island, got in touch. “Mr. McLaughlin, how would you like to take a $25,000 pay cut?” the senator inquired. McLaughlin, knowing the difference between something and nothing, accepted. In Marchi, McLaughlin found a scholarly figure who often likened the New York state Senate to ancient Rome’s own august body and who frequently quoted its classical orators in his own debates. Unlike his new boss, McLaughlin could speak in simple declarative sentences, a skill much appreciated by reporters covering the chairman of the powerful Senate Finance Committee. “His job often required him to unpack for reporters Marchi’s lengthy orations on Cicero or references to Thomas Aquinas …even when the topic of the news conference was something as mundane as the world’s largest landfill,” explained Robert Bellafiore, a former AP reporter who went on to serve as Republican Gov. George Pataki’s press secretary. “Then again, depending on the circumstances, he might just say: ‘I think the senator’s words speak for themselves.’” Marchi left the Senate in 2006 and McLaughlin retired on Jan. 1, 2007. In October of that year, McLaughlin married Martha (Marty) Ann Kennedy, a neighborhood acquaintance who he grew close to while swimming at a local community center. McLaughlin had lost his first wife, Sandy, in 1989. In addition to Marty, McLaughlin is survived by a son, Michael (Geralyn) McLaughlin and their twin sons, Zachary and Charles; and a daughter, Sarah (Jim Shuttleworth) McLaughlin. He is also survived by his stepchildren, Joseph Kennedy and his children, daughter Perry and son Brendan; and Carolyn Kennedy and her son, Thomas Delfield. Also surviving are numerous relatives in Vermont, New York, New Hampshire and California. The family said special thanks should go to McLaughlin’s cousin Frank Scanlon and his wife Joanne Smith of Latham, N.Y., and to the staff at Shaker Place. Funeral Services Thursday, August 6, 2020 at 10:00 am at the Parish of Mater Christi, Albany where his Memorial Funeral Mass will be celebrated. Please enter the Church from the parking lot doorway Masks and Social Distancing are required; church ambassadors will be available to help with seating and questions; and please attempt to arrive before 9:45 am. The family requests that donations in Jerry’s memory be sent to Covenant House or to a charity of one’s choice. To leave a message for the family, please visit www.McveighFuneralHome.com

Albany &#8211; Gerald F. McLaughlin, an adviser to governors, state senators and a host of fledgling news reporters, has died after a lengthy battle against diabetes and other assorted ailments. He was 84. McLaughlin died on July 31 at the... View Obituary & Service Information

The family of Gerald F. McLaughlin created this Life Tributes page to make it easy to share your memories.

Send flowers to the McLaughlin family.