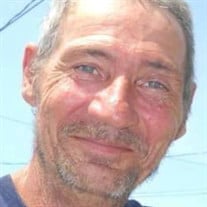 Rensselaer - George R. Ward, age 64, passed away suddenly in his home on March 7, 2019. He was born in Albany, NY on December 13, 1954, son of the late Eugene and Margaret (Dawson) Ward. He grew up in East Greenbush and attended Columbia High School where he played on the varsity basketball team as a freshman. After high school he enlisted in the U.S. Army. He served for 2 and a half years and was honorably discharged. He was the happiest person you would ever meet, always had a smile on his face, and wouldn't think twice about helping people. He was employed in a field he loved for all of his life. When he was young, he saw someone building a house in his neighborhood and decided that was what he wanted to do. He worked for many years framing houses and took great pride in his work. Outside of work, he enjoyed spending time at Stewart’s, and he could tell you where every Stewart's shop was in the Capital District, and everyone there knew George. He also enjoyed reenacting Abraham Lincoln, whom he greatly resembled, hence the nickname “Abe.” He is survived by his loving children Vincent Ward Sr., Shelby Ward, Sonya Ward and Celia Ward, loving partner of many years Paula Wilson Goss, six grandchildren, two great-grandchildren, and many nieces and nephews. Also survived by his sisters Nancy Snyder, Jean (Tony) Johnson, Kitty Ward, Jackie (Wayne) Vanvalkenburgh, Jill (Bruce) Sprague, and Michelle Walter and his brothers Larry (Tina) Ward, Michael Ward, and Arthur Ward, and his sister-in-law Colleen Ward. He was predeceased by his parents, loving stepmother Anne E Ward, and brothers Joseph and Charles Ward. He always said he “wanted to die with a hammer in his hand and work in his heart.” Relatives and friends are invited to visit with George’s family on Monday, March 11, 2019 from 4:00 to 7:00 pm in the McVeigh Funeral Home, 208 North Allen Street, Albany. Funeral services Tuesday, March 12, 2019 at 8:15am thence to The Church of the Holy Spirit, 667 Columbia Turnpike, East Greenbush at 9:00 am where his Funeral Mass will be celebrated. To leave George’s family a message on their guestbook, light a candle, obtain directions, or view other helpful services, please visit www.mcveighfuneralhome.com

Rensselaer - George R. Ward, age 64, passed away suddenly in his home on March 7, 2019. He was born in Albany, NY on December 13, 1954, son of the late Eugene and Margaret (Dawson) Ward. He grew up in East Greenbush and attended Columbia High... View Obituary & Service Information

The family of George R. Ward created this Life Tributes page to make it easy to share your memories.

Send flowers to the Ward family.