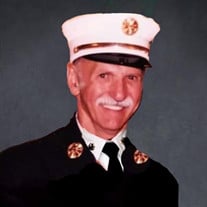 Niskayuna-With heavy hearts the family announces the passing of Frank Spath, 85 of Niskayuna, NY. He passed away peacefully on May 10, 2022, with his wife and children by his side. Frank was born on August 22,1936 to the late Frank and Dorothea Reize Spath in Bronx, NY. In addition to his parents Frank is predeceased by his daughter Sharon West, his siblings Philip (Virginia) Spath, Jerry (Philomena) Spath, Josephine (Emilio) Spallone, and Anna (Gene) Koll. He was survived by his soul mate, best friend, and unwavering caretaker Deborah (Hiltsley) Spath. They would have celebrated their 40th wedding anniversary this fall. He is survived by his children Mark (Patricia) Spath, Wayne (Bonnie) Spath, Eric Spath, Gregory (Kimberly) Spath, Victoria (Gregory) Pautler, Ashley (Daniel) Closson, and Joseph Spath. He is also survived by his sisters Jean (Jack) Hicks, Delores (Roy) Bolinger, and Carol (Earl) Stafford. He was affectionately called “Poppy” to ten grandchildren and had many nieces and nephews. He is also survived by his fur baby “Chief” affectionately named in his honor. Frank started on the Albany Fire Department in 1958. He was appointed to Lieutenant in 1972, to Captain in 1974, to Battalion Chief in 1979, and lastly to the Deputy Fire Chief of Code Enforcement in 1994 until his retirement in 1998. He also served as a NYS Fire Instructor from 1966-1976. He loved his job and was passionate about teaching other Firefighters. He gave unselfishly of his time and talents to train paid and volunteer Firemen throughout the state of NY. As President of the Benevolent Association, he was the program chairman of the All Hands Program. He was a longtime member of the Albany Fire Department Retirees and lastly a member of the BPOE Watervliet/Colonie NY ELKS Lodge #1500 for 60 years. He was a faithful member of St. Peter’s Episcopal Church for 42 years. There he proudly held various roles most notably on the Vestry, Usher, and the Top of The Hill Group. Frank spent the last 15 years battling Cancer and 7 of them also fighting Alzheimer’s. He battled them both with the most amazing grace, bravery, and strength. He lived everyday with positivity and determination to not to let his illnesses keep him from doing the things that mattered most. Frank loved nothing more than gathering around the dining room table or vacationing with the people he loved. He will be remembered for his unwavering love and support but what we will miss the most is his sarcastic humor and knee slapping laugh. Special thanks to Community Hospice and NYOH. Relatives, friends, and fellow firefighters are invited to visit with Frank’s family Saturday, May 14, 2022 4:00 pm to 7:00 pm at McVeigh Funeral Home, 208 North Allen Street, Albany, NY 12206. Please enter the funeral home from the rear parking lot entrance only. Funeral services Sunday, May 15, 2022 at 12:30 pm at St. Peter’s Episcopal Church, 107 State Street, Albany, NY. To leave a message for the family please visit www.McveighFuneralHome.com Donations can be made to the Mohawk humane society in honor of Franks deceased and beloved “best girl” dog, Mia or St. Peter’s Episcopal Church.

Niskayuna-With heavy hearts the family announces the passing of Frank Spath, 85 of Niskayuna, NY. He passed away peacefully on May 10, 2022, with his wife and children by his side. Frank was born on August 22,1936 to the late Frank and Dorothea... View Obituary & Service Information

The family of Frank Spath created this Life Tributes page to make it easy to share your memories.

Send flowers to the Spath family.