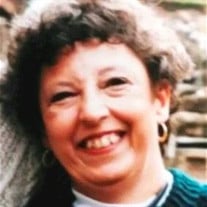 Dorothy Ann Thornton passed away peacefully Friday April 12th while her loving family sang her to Heaven. Dorothy was born to the late Charles and Carmela Padula on September 2nd, 1937 in Albany New York. She attended Cathedral High School where she met and later married her best friend and true love, Jack Thornton, who affectionately nicknamed her “Dor”. She graduated from the College of St. Rose where she earned her Bachelors and two Masters Degrees. Dorothy was far ahead of her time. By age 25, she was raising five children, running a household, teaching during the day, and attending school at night. Her children remark to this day that it was a wonder her hair wasn’t totally grey in her twenties! She taught remedial reading and math at Giffen Elementary School for 30 years until she retired in 1993. She knew the value of an education and took a personal interest in each of her students, always spending extra time with those that struggled the most. Many of her students remembers “Mrs. T” years after they left her class. In her retirement, Dorothy and Jack traveled the world. Their favorite place to visit was Ireland and they returned there several times. So great was her love of the “Emerald Isle” that she brought all her children, their spouses, and a couple of friends on an unforgettable trip in 1996. On this trip, and to their children’s great surprise, Jack and Dorothy were named King and Queen of an epic Renaissance dinner. They “reigned supreme” to the delight of their children and everyone there. Dorothy loved spending time with her grandchildren, and would travel anywhere and everywhere to be with them. They knew that she was a softy and they counted on getting lots of love, kisses and presents! So much so that they called her “Grandma Cha Ching”. As a lover of “all creatures great and small”, she also loved her grand-puppies, grand-kitties, and many other pets. She would even rescue birds out of her swimming pool and bring them to the vet. Dorothy loved her Bradenton Florida home, where she developed a love of baseball – finally joining Jack in his love of the Yankees. She would often be heard cheering on her favorite player, Derek Jeter. To her, Florida meant doing all her favorite things: golfing, going to the beach, and spending time with her friends, especially at Gazebo Night on Thursdays. Most of all, she loved sitting on her lanai with her beloved Jack, enjoying their evening cocktail (“It’s Shirley Time”). They often marveled at their good fortune, noting that it was “Not too bad for two kids from the South End”. Dorothy is survived by her loving children, Jack Thornton III (Michele), Carla Clayton (Dan), Patricia Johnson (Greg), Christine Fris (Chris) and Geraldine Stella (Al); her beloved grandchildren, Marcus, Ryan, Jack and Joseph; and siblings Charles Padula and Virginia Rest. She was predeceased by her husband Jack and her sister Geraldine Padula. The family would like to extend their most heartfelt thanks to the wonderful staff at the Eddy Village Green, who gave Dorothy millions of hugs and kisses and lots of love during her stay there. Especially Angie, Latoya, Tanya, Angelique, Jamie, Erika, Tavonna, Joanne and all the others. Thanks also to the true angels among us from Hospice, who helped Dorothy and the family during her transition. Funeral services to be held at McVeigh Funeral Home, with wake on Monday April 15 from 4:00 – 7:00 pm, a Mass of Christian burial on Tuesday April 16 at 10:00 am at St. Matthews Church in Voorheesville, and from thence to the interment at St. Agnes Cemetery. A gathering for friends and family will be held afterward. Anyone wishing to remember Dorothy in a special way may send donations to the Hudson Mohawk Humane Society or to Hospice.

The family of Dorothy A. Thornton created this Life Tributes page to make it easy to share your memories.

Send flowers to the Thornton family.