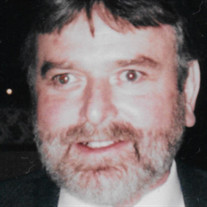 Albany-David “Dave” J. Lynch, 67, lifelong Albany, NY resident, entered Eternal Life on Monday, August 27, 2018 at home surrounded by his family after a brief and courageous battle with cancer. Dave was born on June 20, 1951 to the late Michael F. Lynch and Ruth M. Lynch (Koonz) and raised in Albany, NY. Dave was a graduate of Cardinal McCloskey High School, class of 1969, and studied at Albany Business College. Dave was well known for his strong work ethic and worked many odd jobs, which earned his nick name “Worky”. Dave was employed by New York State Department of Taxation & Finance and eventually the United States Postal Service in Troy, NY until his retirement in 2008. Despite Dave’s strong work ethic, he loved playing with and acting like one of the kids. Dave loved taking his family on summer vacations to Cape Cod, Hampton Beach, and Wildwood, NJ, which included long days on the beach, hours at the pool, and always included his favorite – Prime Rib dinners. He loved beating his son at basketball for years, throwing fast balls to his daughter in the backyard, family cookouts, chicken fights, and jokingly inflicting pain on his nephews. Dave especially loved being a “Poppa” to his grandchildren Matthew and Christina, talking to them on the phone, playing with them in person, which included barking like a dog, and he always ended his conversations with them with a “see you later alligator”. Dave is survived by his loving, devoted wife of 44 years, Mary Anne Lynch (Gorcesky) of Albany, son David C. (Kristen) Lynch of Brunswick, daughter Amanda M. Lynch (Scott) of Troy, grandchildren Christina and Matthew Lynch of Brunswick. He was predeceased by his brother and best man, Michael Lynch (Janet), and is survived by his siblings Edward J. Lynch, Barbara M. Bancroft (Howard), Jane A. Lynch, Carol R. Lynch all of Albany, NY. Dave is also survived by his sister in-law Teresa Tashjian (Ray), brother-in law Jim Gorecsky (Joanne), and predeceased by brother in-law Tom Gorcesky (Millie). Dave is also survived by his beloved nieces, nephews, grand nieces, grand nephews, and his loyal companion, Gracie. Relatives and friends are invited to visit with Dave’s family Thursday, August 30, 2018 4:00 pm to 7:00 pm in McVeigh Funeral Home, 208 North Allen Street, Albany, NY. Funeral services Friday, August 31, 2018 at 9:45 am in McVeigh Funeral Home, Albany thence to the Parish of Mater Christi, Albany at 10:30 am where his Funeral Mass will be celebrated. To leave a message for the family, light a candle, obtain directions or view other helpful services please visit www.McveighFuneralHome.com In lieu of flowers, donations can be made to the Bernard & Millie Duker Children’s Hospital at Albany Medical Center. A special thank you to Darren, R.N., Chaplain Jeffrey, and all the other amazing people at Community Hospice for their support during this difficult time.

The family of David "Dave" J. Lynch created this Life Tributes page to make it easy to share your memories.

Send flowers to the Lynch family.