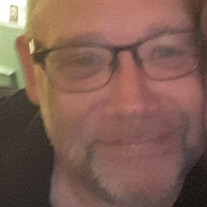 ALBANY – A local man known for his big heart, love of sports and a hearty laugh ended a courageous 7-year battle with cancer on Sunday evening. Christopher James Carroll, an Albany tradesman who loved cooking and camping with friends and family, passed away peacefully Sunday evening, July 1, 2018, in the Hospice Inn at Saint Peter’s Hospital. He was 52. Retired from the Local #40 Heat and Frost Insulators Union, including stints as the local’s Vice-President trustee, Christopher could often be found rooting for his favorite sports teams the Pittsburgh Steelers and the New York Yankees, along with various other local and national teams. Christopher was a diehard Steelers fan. As a former athlete himself, he played football while attending Ravena-Coyemans-Selkirk High School in the early 1980s, as well as Hudson Valley Community College, and studied the martial arts as a young man. However, Christopher’s biggest joy in life was enjoying time with family, especially his wife and two sons whom he adored. According to his youngest son, Zachary, one of his father’s biggest strengths was being there for others despite his health battles. “He fought this for 7 years. If that isn’t strong, I don’t know what is,” he said. “Even when he was sick he still knew how to put a smile on your face or lighten up a room. That’s strength … He put everyone before himself.” An enthusiastic outdoorsman, Christopher loved spending time at his camp near Lake Luzerne and was a passionate student of history and music. He will be remembered most of all for opening his heart and home to anyone in a time of need. Christopher is survived by his wife; Rachel Carroll; two sons, Christian and Zachary Carroll; his mother, Lorraine Carroll; his father, James J. Carroll Jr.; six brothers, George Starks, Stephen Starks (Cynthia), William Carroll, Michael Carroll, Jason Carroll (Martina), and Jarrett Carroll (Amanda); one sister, Michele Francis (Steven); father-in-law David "Poppy" Filkins; brother-in-laws Paul Maguire (Rita), Eric Filkins (Liz); sister-in-law Tracy Winnie; several cousins, nieces, and nephews; and many close friends. He was predeceased by his brother Jamie and mother-in-law Barbara. Relatives and friends are invited to visit with Chris’s family on Thursday, July 5, 2018 from 4:00 to 7:00 pm in the McVeigh Funeral Home, 208 North Allen Street, Albany. A public funeral service will be held at 10:30 am on Friday, July 6, 2018 in the funeral home. A private family interment will follow at Calvary Cemetery, Glenmont. In lieu of flowers, contributions may be made to the Zachary Carroll Memorial College Fund at any SEFCU location. To leave Chris’s family a message on their guestbook, light a candle, or obtain directions, please visit www.mcveighfuneralhome.com

ALBANY &#8211; A local man known for his big heart, love of sports and a hearty laugh ended a courageous 7-year battle with cancer on Sunday evening. Christopher James Carroll, an Albany tradesman who loved cooking and camping with friends... View Obituary & Service Information

The family of Christopher J. Carroll created this Life Tributes page to make it easy to share your memories.

ALBANY – A local man known for his big heart, love of sports...

Send flowers to the Carroll family.