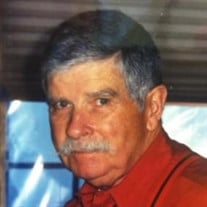 Albany-Charles F. "Bus" Kieley passed away peacefully in his sleep at the Eddy Village Green in Cohoes, NY on May 9, 2020. Bus was born on August 9, 1935 to Katherine (Ford) and Charles Kieley, the eldest of four children, Joan, Sandra and William. Bus grew up in North Albany, graduating from VI High School. Upon graduation, he joined the Air Force and served as a jet engine mechanic on the former Amarillo Air Force Base during the Korean War. After serving in the Air Force, Bus attended and graduated from Siena College in Loudonville, NY on the G.I. Bill, studying finance. He worked for thirty years as a bank examiner for New York State, retiring in the early 1990's. Bus married Barbara Bass in 1967 and they had two children, Matthew and Kristin. They were married twenty years until Barbara's passing in 1987 after a brief battle with Cancer. Bus enjoyed fishing, camping at Roger's Rock in Lake George, golfing, and traveling with his longtime friend Pat. He was also a lifelong fan of the New England Patriots and the Boston Red Sox. Bus spent the early years of his retirement reading the newspaper and enjoying the sunshine and view at his home on Burden Lake, which he rented from his dear friend Paul. Bus was a loving Papa to Quinn, Margan, Calahan, Hudson, and Theo. Bus was best friends with his three siblings and close with his cousin Helen, whom he considered a sister. Bus is also survived by his sisters-in law, Cindy Bass, Colleen Bass and Theresa Kieley, and brothers-in law Barry Gloeckner and Raymond Smith. Bus is predeceased by son-in-law Nathan Turon and brother-in-law Neil Bass. Bus was a man of very few words, but when he spoke, he was thoughtful and meant what he said. He was an avid putterer and problem solver, and was known for building unique inventions around the house. He gave big strong hugs and had a smile that could melt your heart. Special thanks to the caring staff at the Eddy Village Green for their superb care of Bus in his final years. Funeral services will be private at the McVeigh Funeral Home with Father Doyle presiding. Bus will be buried in the family plot at St. Agnes Cemetery in Menands beside his parents. A memorial party will be held in the future after quarantine. To leave a message for the family please visit www.McveighFuneralHome.com Those wishing to remember Bus in a special way may send a contribution to either the American Cancer Society, 1 Penny Lane, Latham, NY 12110 or the Alzheimer’s Association, 4 Pine West Plaza, #405, Albany, NY 12205

Albany-Charles F. "Bus" Kieley passed away peacefully in his sleep at the Eddy Village Green in Cohoes, NY on May 9, 2020. Bus was born on August 9, 1935 to Katherine (Ford) and Charles Kieley, the eldest of four children, Joan, Sandra and... View Obituary & Service Information

The family of Charles F. "Bus" Kieley created this Life Tributes page to make it easy to share your memories.

Send flowers to the Kieley family.