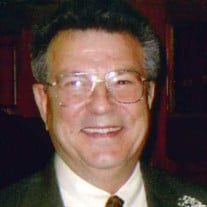 Albany- Antonio “Nino” Miuccio 84 passed away peacefully on Wednesday, July 26, 2017 in Sicily, Italy while vacationing. Born in Santa Teresa, Sicily. He was survived by his wife, Rose (Bongiorno) Miuccio and his daughters Concetta Paparian (Michael) of Albany and Vera Bowen (Christopher) of Oxford, CT. Also his seven grandchildren Nicholas and Caitlin Miuccio, Mekala and Michael Paparian, Christopher, Nathaniel and Daniel Bowen. He was predeceased by his son Anthony Miuccio. He was the son of the late Francesco Miuccio and Concetta (Cassaro) Miuccio. He is survived by his sisters Lucia Aliberti (Nino) and Concetta Miuccio. He was predeceased by his sisters Giovanna Micale (Pietro), Giuseppa Scandurra (Rosario) and his brother Domenico Miuccio (Maria). Antonio traveled to America in 1954. He became a proud owner of Ninos Bakery, home of the 6ft loaf of bread in Albany. He was the first baker to introduce packaged hard rolls and rye bread to the area supermarkets. Always dedicated to his customers, he spent holidays making sure his customers had everything they needed for their celebrations. He ran his business successfully with his wife for 37 years, before retiring in 1999. Antonio also had a passion for horse racing, taking pride in learning English through reading racing forms. In 1971 he purchased his first race horse, Native Game. His love for his horses continued later in life. He purchased Palace in 2013. Palace won both the Vanderbilt and Forego races in Saratoga qualifying him to race in the Breeders Cup in Santa Anita, CA where he placed 6th. Antonio touched the lives of many with his unique ways,he was very hard worker and dedicated business man. He was proud of all he did for his family and others. In keeping with his love of horses, Nino’s family asks that in lieu of flowers, contributions may be made to help retired horses at New Vocations Retirement Facility,13580 Leeper Perkins Rd Marysville, OH 43040. Relatives and friends are invited to visit with Nino’s family on Sunday, August 6, 2017 from 3:00 to 6:00 pm in the McVeigh Funeral Home, 208 North Allen Street, Albany. Funeral services from the McVeigh Funeral Home on Monday, August 7, 2017 at 8:15 am thence to Blessed Sacrament Church, Albany at 9:00 am where his funeral Mass will be celebrated. The Rite of Interment will immediately follow the Mass at Our Lady of Angels Cemetery, Colonie. To leave Nino’s family a message on their guestbook, light a candle, or view other helpful services, please visit www.mcveighfuneralhome.com

The family of Antonio "Nino" Miuccio created this Life Tributes page to make it easy to share your memories.

Send flowers to the Miuccio family.